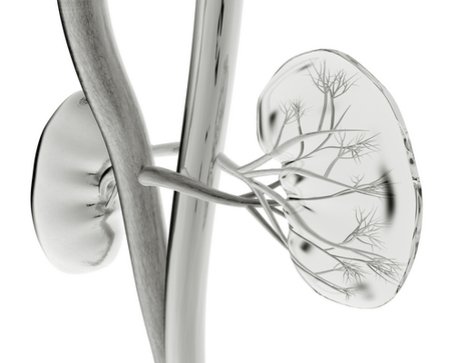 DMX-200 for Diabetic Kidney Disease is currently in a Phase 2 clinical trial.

Diabetes is the leading cause of kidney disease, affecting about 1 in 4 adults with the condition.1

DMX-200 is a chemokine receptor (CCR2) blocker and is administered to patients taking irbesartan, an angiotensin II type I (AT1) receptor blocker and the standard of care treatment for kidney disease. DMX-200 has granted patents in various territories until 2032.

In 2017, Dimerix completed its first Phase 2a study in patients with a range of Chronic Kidney Diseases. All trial endpoints were achieved and DMX-200 was determined to be safe and tolerable. In a subsequent sub-group analysis of these results, statistically and clinically significant efficacy signals were seen in patients with diabetes. The common clinical marker for progression of kidney disease is an increase in protein in the urine (known as proteinuria), and a significant reduction in proteinuria demonstrates the progression of kidney failure as been slowed.

There were 23 million diagnosed diabetics in the US in 2017,2 and the incidence of diabetes is estimated to grow by 54% by the year 2040.3 Diabetic Kidney Disease is progressive, and as such will ultimately lead to kidney failure and dialysis.

Irbesartan, the current standard of care treatment for kidney disease which has been on the market since 2001, has been shown to reduce proteinuria levels by 24% in type 2 diabetics. DMX-200, when administered to patients also taking Irbesartan, reduced proteinuria levels by a further 36%. To be clear, this 36% is in addition to the 24% already seen from Irbesartan and may result in delaying kidney failure and the need for dialysis, compared to taking Irbesartan alone.

For more information on Investment opportunities with Dimerix, visit the online Investment Centre